The PEQ saga made us live a very torrid beginning of November in terms of emotions and decisions. A step forward, a step backward on the background of cacophony and a human shield that was put in place so much the measures imposed to the so-called new PEQ were excessively unreasonable!

I think that if someone wanted to shoot themselves in the foot… this is a model to be inspired by! But what bit of reasoning went between the ears of some zealous officials? Why did they choose to change the rules of the game at such a critical time, when Quebec is experiencing an almost supernatural labour shortage, and to kill… their golden goose?

The mistake of the politicians was to continue to insist on the word “immigration”! Yes, we want immigration to be like this, like that, well integrated, taken care of, etc… but when we miss the point, it is rather blind!

Let’s take as an example the deployment throughout Quebec of the MIFI (Ministère de l’immigration, de la francisation et de l’intégration). Like mushrooms, they have recruited, recruited and it has “pop-up” everywhere. Lots of nice agents who bend over backwards to help employers advise them and recruit internationally but … by the time they acquire experience, understand that their intervention is very limited, there will be water under the bridge and realize that they will not serve much purpose because … the government policy requires them to live in a paradox. Immigrants are brought in to “bail out” businesses, but they are also allowed to leave because many of them will never be able to obtain permanent residency in Quebec!

The international students who came specifically to Quebec went to the front and they succeeded! Some of them are here because they came to study voluntarily in Quebec in a North American context… Years go by and the country of origin of many of them does not interest them anymore! They have a “girlfriend”, sometimes a child, a job… simply a life in Quebec that suits them! These are the ones who are the “innocent” and true victims of the PEQ Saga! You also have the category of students who, for them, studying was the direct way to settle in Canada! And yes…I use the word “Canada”! As far as the permanent residency program was rusty, clogged in Quebec for the last 4 or 5 years (I don’t even know anymore because there were cases that we don’t want to know anymore!), for these people… becoming a student in Quebec opened the door for them BIG time… Studying was the golden key to open the door of Quebec and enter the Canadian court!

And… you understood it, these are the students that the government thought that maybe it was necessary to stop giving them the key! On the other hand, from there, to put drastic measures like the famous list of study programs that could pass for the PEQ is really nonsense, bordering on the ridiculous!

As we say in good French… “the students have opened their big mouths and with good reason! Those who have taken the front line, have created a very virulent and effective Facebook group, they have rallied the population to their cause, but above all, for me, it is really these students who are the victims of such a savage and direct measure!

Now for the other students whose objective was primarily a long term immigration plan, we must put ourselves in context… Immigration is a privilege and not a right! Certainly, the government, whether federal or provincial, did not send anyone an invitation card embossed on gold paper. It is you who decided and proceeded to obtain your study permit and came to settle down quietly, comfortably, with your children, your belongings… to do this small study program to… switch to permanent residence… And the MIFI is not fooled. He understood the game but in order to control…. he did anything! He shot himself in the foot! By trying to make the flies go away, he spilled the dish!

Far be it from me to criticize but I am trying to see and understand the reasons why all of a sudden they are trying to do the opposite of their initial intentions, to complicate things when in August 2018, they had, on the contrary, lightened and enlarged the circle of people eligible for the PEQ, as for spouses for example!

I’m coming to the end of my reasoning… We’re talking about the future with the students, but what about the temporary foreign workers? Do you know that if the PEQ does not work for them, a very large majority will have to leave! and why? Simply because ARRIMA is far from perfect and candidates will never be able to pass through the selection grid that ARRIMA is based on! Do you know that if a person does not have his secondary 5, he is eliminated? So it is enough that your fetish worker (you know… the one who is the only one to replace you when you are not there and you can count on him like the apple of your eye! ) who doesn’t know the language of Molière well enough, who doesn’t have his secondary 5, whose wife also speaks a poor French, and as a bonus… he’s close to forty… well, you can already buy his plane ticket to send him back home! This is what ARRIMA is all about…

Politicians, you have a lot to deal with in a government! Give us a break and let us breathe a little! Stop attacking even what works and does your business! As Boucar Diouf said in his editorial of this week:

“The government, in its desire to fulfill its promises to lower the immigration thresholds to 40,000, has gone after the wrong place. It’s the story of a degreaser’s scalpel attacking muscle because it can’t find enough fat to cut off to fulfill a major promise.”

I invite you to read the whole article, it says out loud what many of us are thinking! A delight! Thank you Mr. #BoucarDiouf!

Ladies and gentlemen, I’m addressing you again… Your major promise is to ensure jobs, a stable economy, a healthy social life. You have touched enough on immigration and in the context of the major labour shortage in which we are caught up to our necks… it was really not the time to play with that! You have other things to worry about, other ministries to manage, development… and leave our temporary workers alone so that they can continue to integrate into our social fabric without feeling threatened as soon as the shadow of a Minister passes…

Let’s see what the next volume of the PEQ Saga will be? Who will live to see !

Phoenix GMI offers international recruitment and immigration services for Quebec and Canadian companies, and for candidates wishing to make a life project in Canada.

Our multidisciplinary, rigorous and dedicated team implements concrete and personalized strategies for its clients. 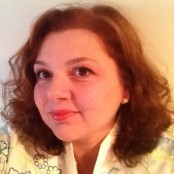